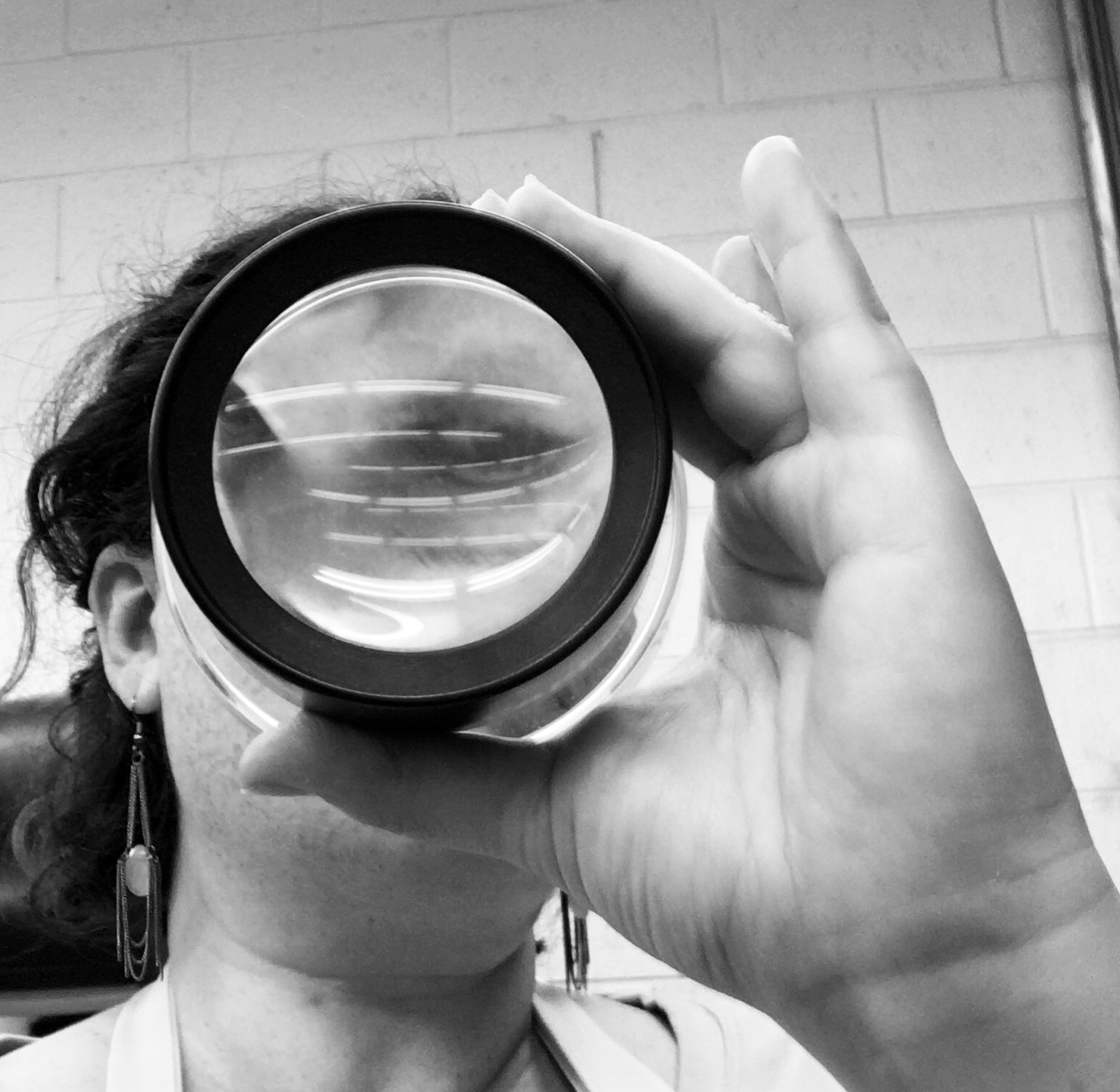 Dotted Press evolved out of a love for design, typography, and craft. I learned too late that my grandfather was a post-WWII career printer. I wish I’d learned that about him while I still had the opportunity to ask him about his experiences (I do have one of his ink brayers and his line gauge). My grandparents, Dorothy and Edward, were married for nearly 60 years (my wedding took place on what would have been their 60th anniversary). Those who knew and loved them called them Dot and Ed. From their names, the moniker for my journey in printing was found: Dotted Press (a play on Dot + Ed).

I earned my Bachelor of Science in Design from Arizona State University, and letterpress printing was a natural evolution of the deep love I developed for letterforms and typography during my undergrad.

I love to try new techniques, fail often, and learn as much as I can from this talented community.

I tend to experiment with many creative mediums. My studio is a catch all of the supplies and remnants of those explorations. In addition to letterpress printing, I also work in other forms of printmaking, bookbinding, textiles and sewing, photography, and jewelry making. I’m also a pretty decent cook (if I do say so myself).